The value of experimentation to Science (Technology, Engineering, and Mathematics, i.e., STEM) is traceable to the 17th century, as evidenced by the motto of the Royal Society: “Nullius in verba”. As stated in [1]:

“The Royal Society’s motto ‘Nullius in verba’ is taken to mean ‘take nobody’s word for it’. It is an expression of the determination of Fellows to withstand the domination of authority and to verify all statements by an appeal to facts determined by experiment.”

In STEM education, lab-based classes play an important role by allowing students to acquire experimental skills, as part of their training. This vital role is evidenced by a seminal paper authored by Feisel & Rosa (2005), which proposes a list of 13 fundamental objectives of laboratories in undergraduate engineering degrees [2]. This same paper also addresses the potential value of combining different lab environments, like remote and virtual labs. The trend to expand the boundaries of traditional – hands-on – labs to the cyberspace, creating a new type of non-traditional – virtual and remote – labs has gained momentum with the COVID-19 pandemic. Nevertheless, this trend has roots that can be traced back to more than 25 years ago [3], as acknowledged by Froyd, Wankat & Smith (2012), i.e.:

“Remote laboratories, a method that can at least partially replace live experimentation, was first developed by Aktan et al. In a remote laboratory students use a computer to control an actual experiment that is in a different physical space. … Remote laboratories allow institutions to share expensive equipment, and equipment downtime is reduced. (p. 1354)”

This track aims to attract and discuss relevant contributions to the theme of Lab-based Education in STEM. Potential contributions should place the lab, or any experimental-based activities, as the “scenario” where students acquire / improve experimental skills, effectively supported by evidence. In other words, any claim(s) should be ‘verifiable by an appeal to facts determined by experiment’. 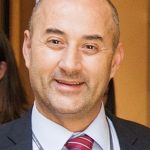 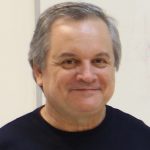 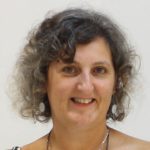